The Falcon and The Winter Soldier Falcon Cotton Jacket

The Falcon And The Winter Soldier Anthony Mackie Jacket 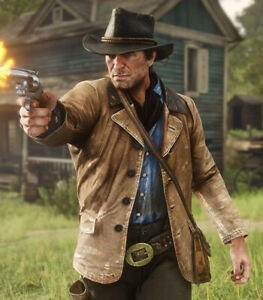 The style world is currently changing little questions. Continuously a new outfit keeps changing and became a source of being taken into the interest. The shows that you simply all watched probably specialize in their apparels quite what is happening, which been said, you’re a real fashioner. So remain becoming that and check out the varied category of Television Series Jacket Collection. Hannibal, here you’ll find many modern styling assemblies inspired from television series like True Blood, Agents Of Shield, Arrow, The Flash, Doctor Who, Gotham, Hell On Wheels, Mr. Robot, Supernatural, Walking Dead, True Detective and lots of more. All of those contain different types of outfits for men and ladies, which are top quality and also will provide you the acute comfort. These outfits represent the present trend in leather jackets, guarantying you to seem awesome in altogether one amongst one in every of one among these that you simply can wear in all seasons. So plow ahead and check it out now.

There are several depictive impressions with which you expand your universe to a larger one, while Falling Skies Sara features a fashionable and fashionable advent while standing within the woods. Similarly one among truth fantasy of fairy tales drama series as Once upon a time that covers various drifts with perfection and elegance. The serial from around five years ago be vested during a town called Haven during which Emily Rose as Audrey Parker and Lucas Bryant as Nathan Journos are depicting their share in brown and black color leather outerwear respectively.

Some of the interesting Splendid Passion comes from the drama series Arrows which covers Adrian Chase trending outer-look and former WWE superstar Cody Rhodes as Derek Sampson within the episode entitled A Matter of Trust. These owing gimmicks are in line to try to the dance of victory with too protected and too fabulous with a worthwhile crazy ride for us all, especially young-grownups.

Global fans are crazy about American Gods Shadow Moon Jacket, while on the opposite hand Anastasia Baranova who wears Addison Carver attire in Z Nation the drama series but they never really forgotten Robbie Reyes’ Ghost Rider show together of the Agents of Shield. You’ll take or give 13 Reasons Why Varsity Jacket for the character of Justin Foley as Brandon Flynn while teenagers to represent with this sort of fashion within the outdoor activities around the high school playground.

The most recently ended Game of Thrones is described to be inspired among the fans followed by Dragonstone be it Tyrion Lannister or John Snow and galvanizing Jesse Quick from Flash alongside the vintage player Jay Garrick within the series Flash followed by rapid stylish Anne in Girl Boss are a couple of featured names revolves around the communities and on the lips of the followers. because the greatest advisable and top-notch appearances of Winchester brothers in Supernatural defined by their real and embarking fashion while Jared Padalecki and Jensen Ackles are kings of fashion wear and television Series Jackets as their commonly attired daily routine gathered and made like professional.