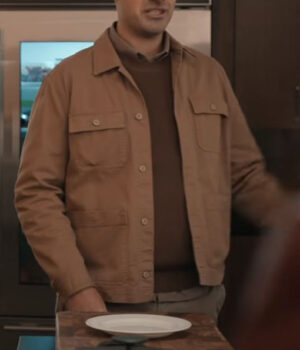 There are a lot of people that like seeing the comedy genre as it is. We can assure you that you are not alone if you enjoy watching comedies. These days, a lot of people like watching comedy shows. These shows can help anyone get lost in the moment while making them laugh. You can pass your time when you come home from work by watching the humorous jokes of these shows.

These show also enlighten your mood and take your mind off your difficult circumstances. The most popular Tv show genre is unquestionably this one. We will continue to see an increase in the number of comedy shows made as streaming becomes more popular. Even then, there are not a lot of comedy shows these days whose plots involve crime and mystery. Only one show, The Afterparty, has been successful in combining comedy, crime, and mystery all at once.

The Afterparty revolves around an incident at a high school reunion after party in which a person is murdered. As a result, all the people that attended the party became the main suspect. They get brought in one by one by a detective who questions them about the murder. He asks their side of the story about what happened that night.

With so many different versions of the story told by each person, so many shocking truths and potential motives are discovered. But all of this brings excitement to the boring and oppressive lives of some of the people in suspicion. The show is the brilliant work of Christopher Miller, who put all his efforts into creating this show. The show became a hit as soon as it was digitally released on January 28, 2022. After a successful first season, it was renewed for one more season in March 2022.

Our Outfits Collection of The Afterparty

We want to offer you The Afterparty Tv Show Casts Jackets. You can wear them in a casual manner as well as a formal manner. We are also offering a few of the clothing that The Afterparty casts wore. This Fur Coat of Ilana Glazer The Afterparty is a terrific option for outerwear. She wore it in the fourth episode of the first season of the show. You can also put on this Olive Green Jacket of Yasper The Afterparty to amp up your fashionable appearance.